The basic principle in the shock absorber

The basic principle in the Shock Absorber is to convert the kinetic energy into thermal energy (heat). This is done by forcing the Damper Fluid through restrictive valves. The hydraulic resistance (Damping Force) created in the Damper is velocity dependent. Compression movement is also called Bump and extension movement is called Rebound. The Damping forces can be measured by a Damper Dynamometer.

The shock absorber dynamometer is a tool with which one can display how the damping force changes when shaft velocity changes. The resistive force in a damper is called a damping force and it is usually measured in Newtons. The velocity of the damper shaft is measured in mm/seconds.

The machine itself is basically very simple. It contains an electric motor and a crank shaft, which produces an up and down movement. The stroke distance can be changed mechanically. In the dynamometer one end is fixed and there is a sensor which sense forces. The motor runs through a set list of velocities, plotting how much force is being recorded at each velocity. The software creates a graph called the Force vs. Velocity Curve. In addtional more detailed graphs are available.

How to read dynamometer results

You can say that Low speed contributes to driver feeling and the body movements of the car. Mid-range velocities affect the car under braking, during fast changes of direction and ride harshness. High speed velocities have an effect on absorbing energy from bumps and controlling energy from the vehicles unsprung mass. 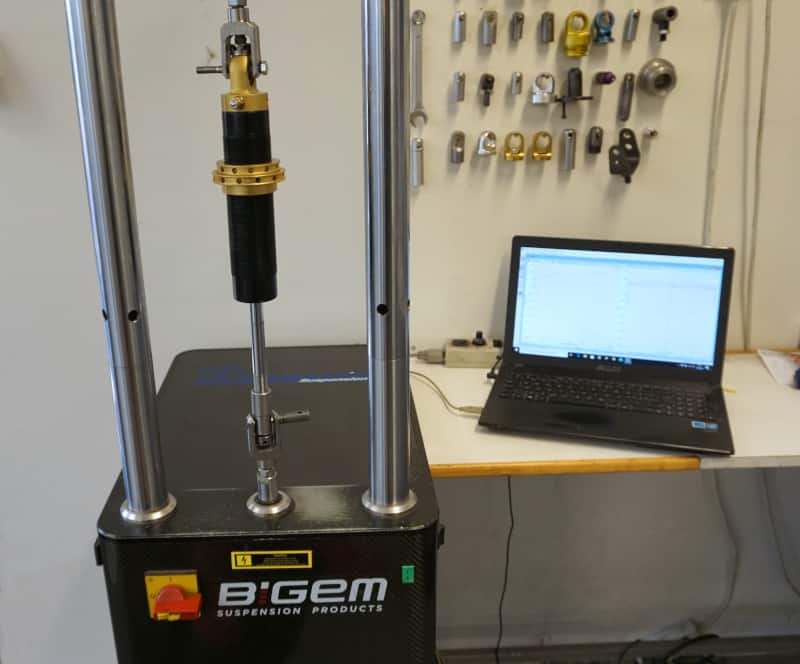 Watch the video about the dynamometer measurement program!

See more products in the webshop